Above: Choirs and orchestra performing Carmina Burana in Stephens Auditorium

The Top 10 reasons why Iowa State choirs are your best choice: 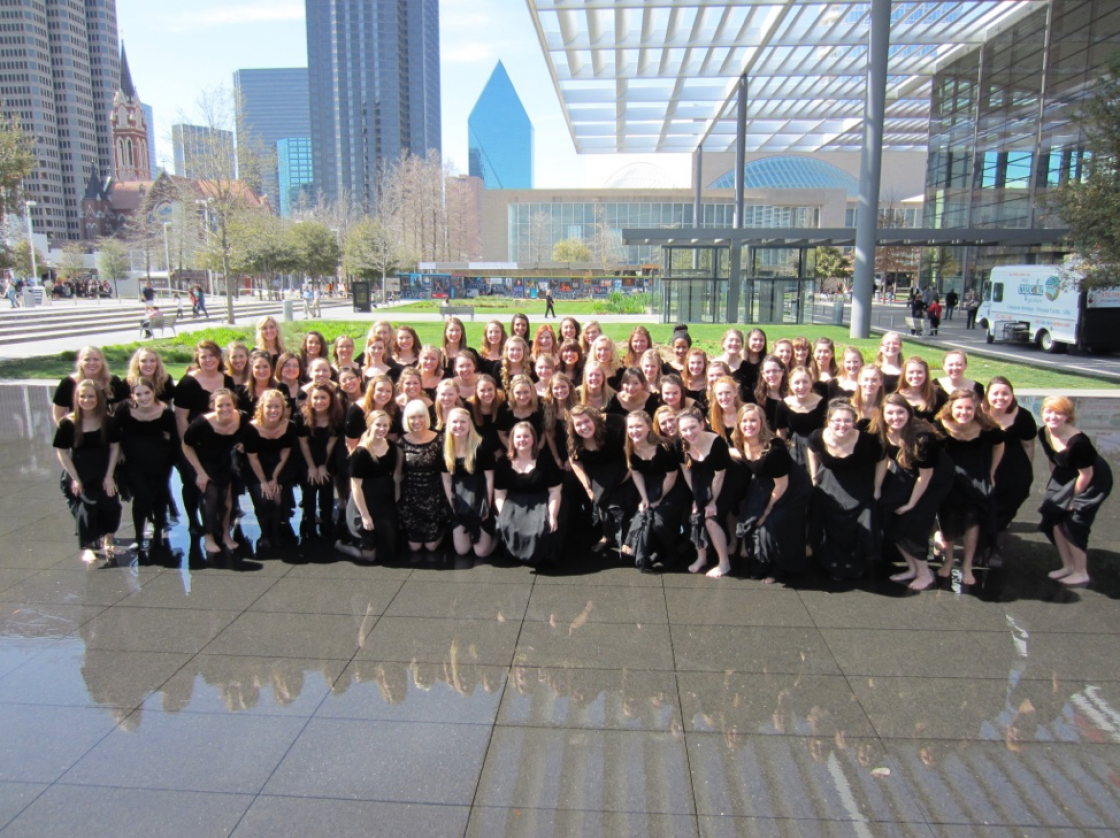 Above: Cantamus poses after its ACDA National Conference appearance in Dallas

2.  What people are saying…

“Fantastic!  Wonderful repertoire.  Everyone sings with such passion.”

“One of the best concerts I have heard in years.  Your performance at the recent ACDA National in Salt Lake City was extraordinary!” 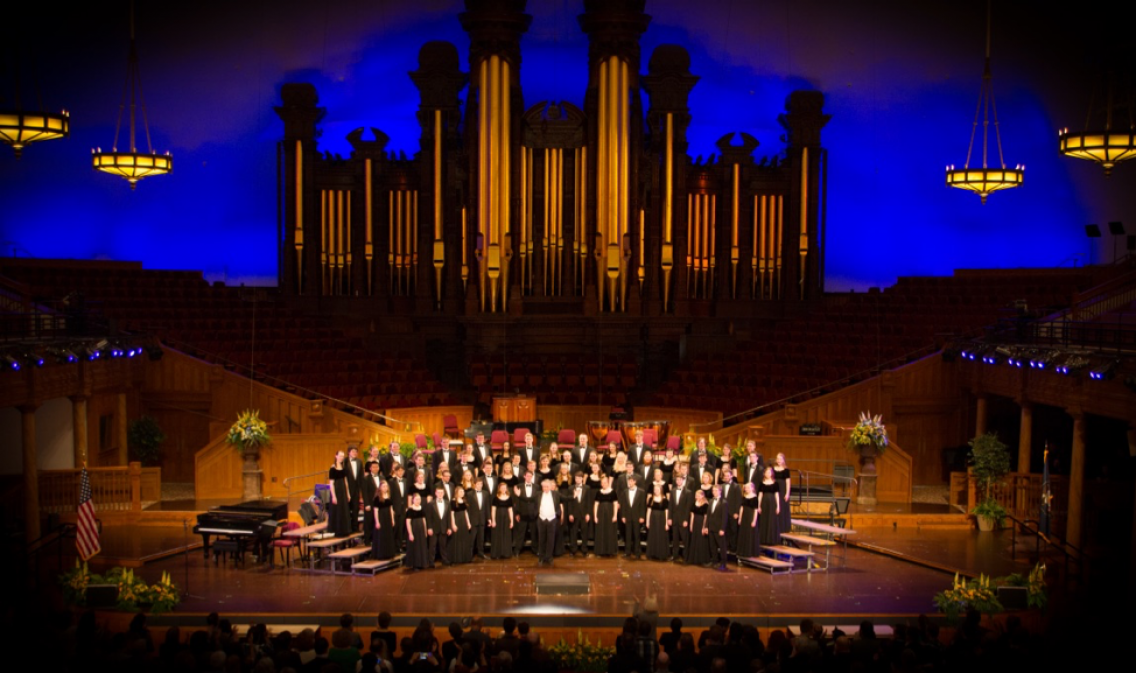 Above: Iowa State Singers receiving applause at the National ACDA in the Salt Lake Tabernacle 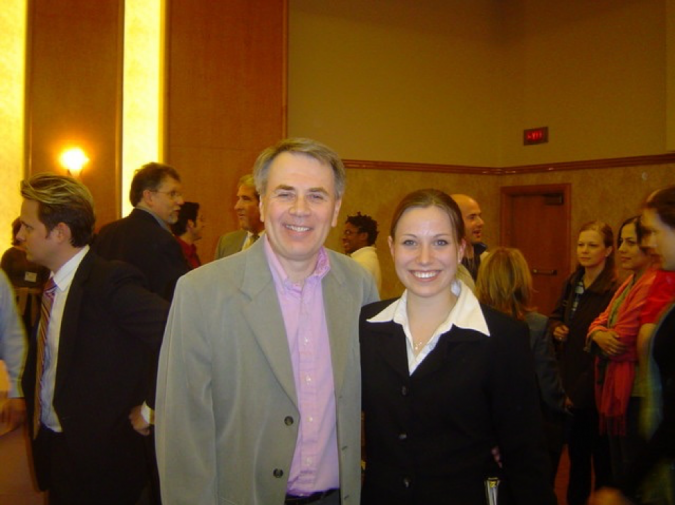 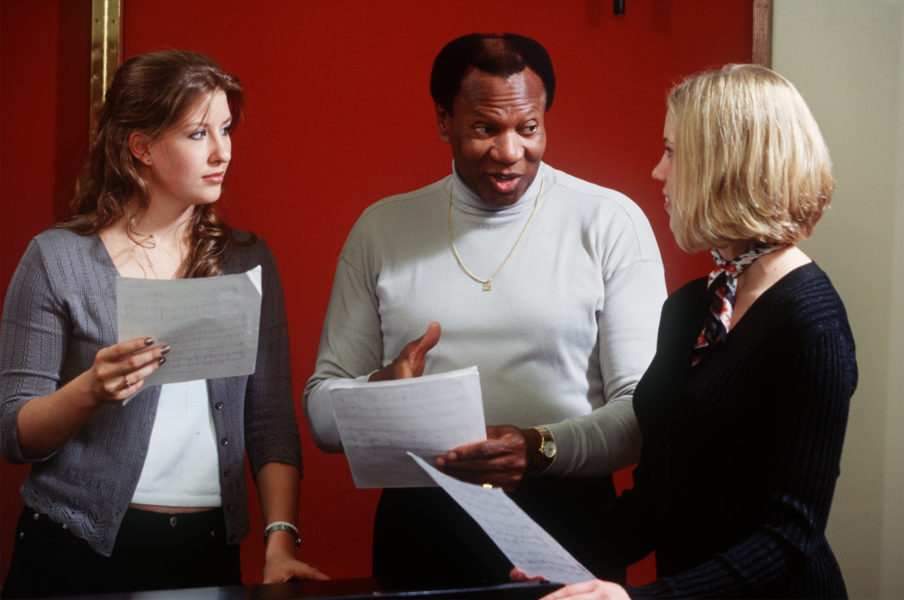 All ISU choir members, regardless of their year in school or major field of study, enjoy opportunities to sing solos with orchestra in oratorio, opera, and musical productions.

Based on the training and experience they received at ISU, our alumni regularly perform as soloists on the world’s opera, concert, and musical stages, from Broadway to Berlin, Branson to Barcelona. 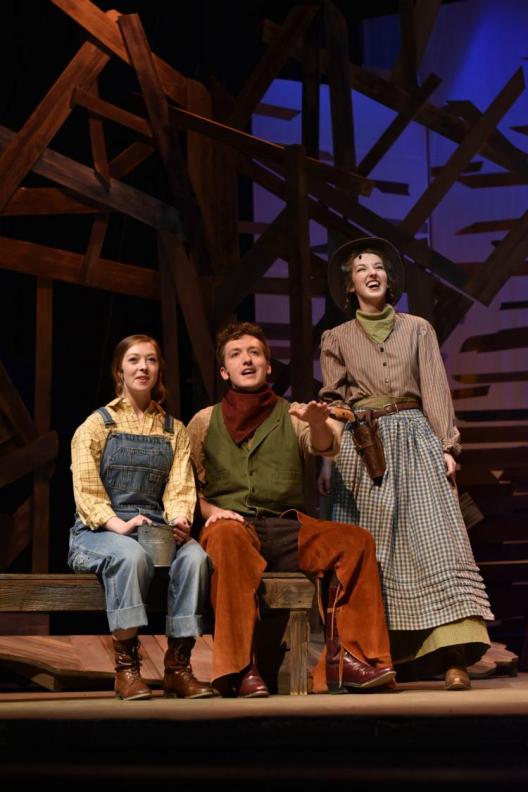 Iowa State is strongly committed to the arts and humanities as evidenced by the one million-dollar Moen-Hamilton Chair in Music, held by Dr. James Rodde, and earmarked specifically for choral activities.  Through this and other funding, ISU choristers enjoy exceptional performance opportunities every year. 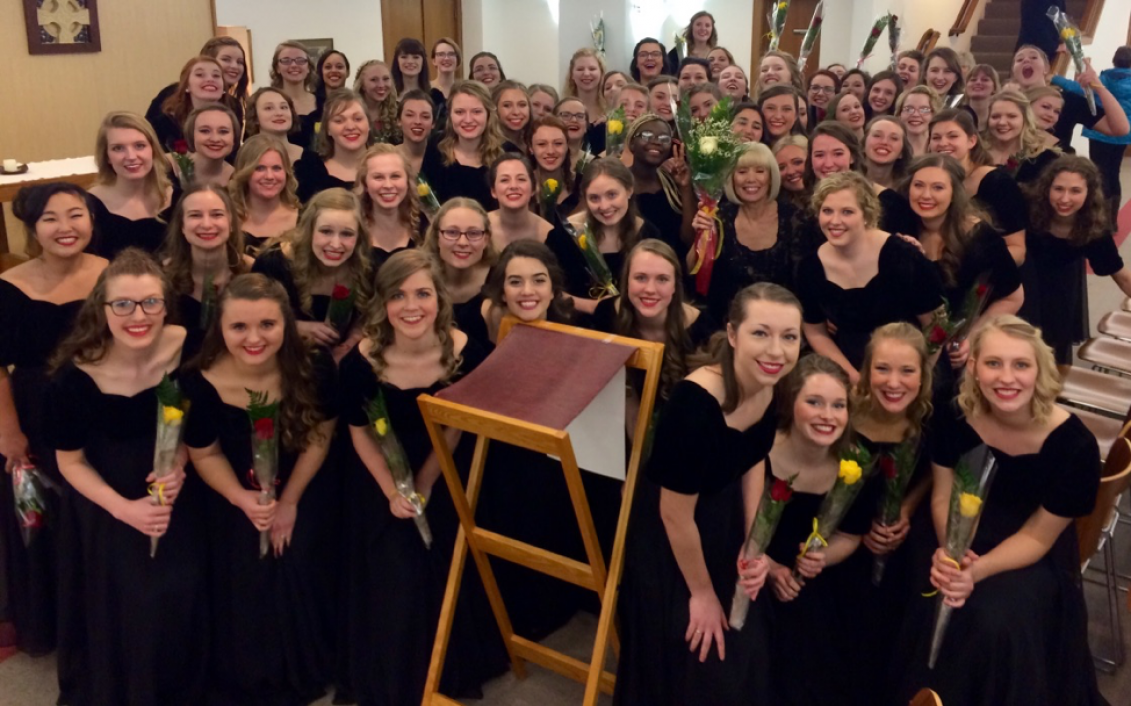 Above: Cantamus celebrates after its National ACDA performance in Minneapolis

Iowa State is annually honored as having one of the most beautiful university campuses in North America. ISU offers big school opportunities, yet a nurturing, small-school atmosphere in the Department of Music and Theatre. 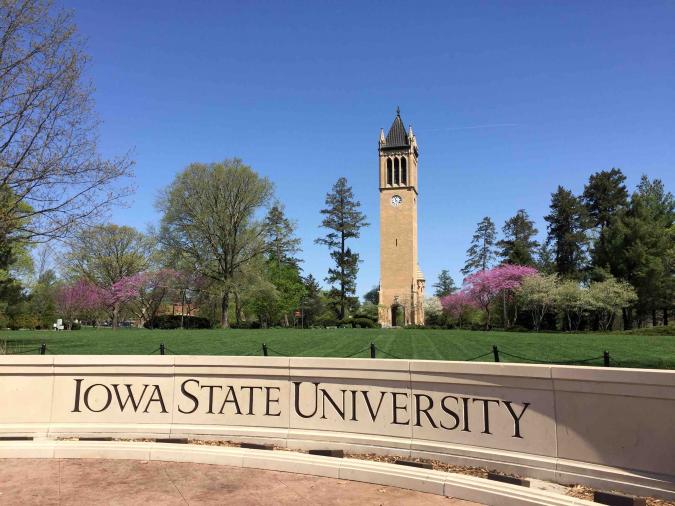 Above: The Iowa State University Campanile

Nearly 400 students annually participate in the four major ISU choirs:  Iowa State Singers, Cantamus, Statesmen, and Lyrica. Approximately 85% of the singers are not music majors, but rather come from all corners of the campus, sharing one common interest – a love of singing.  Be it a large or small ensemble, the choirs at ISU make you feel like you are part of a close-knit family.

Above: Iowa Statesmen in the Recital Hall

“Being involved in Iowa State Singers has been the highlight of college for me.  As a non-music major, I have had the opportunity to create beautiful music, go amazing places, and make wonderful friends.”

“Many of my fondest memories and best friendships from the past four years at Iowa State have resulted directly from my involvement in the choral program.”

“I auditioned for Singers without knowing what I was getting into.  It has honestly turned out to be one of the greatest experiences I have had.”

“Singing in the choir is always the highlight of my day.”

“I had no idea what it would be like… but joining choir was one of the best decisions I made in college.” 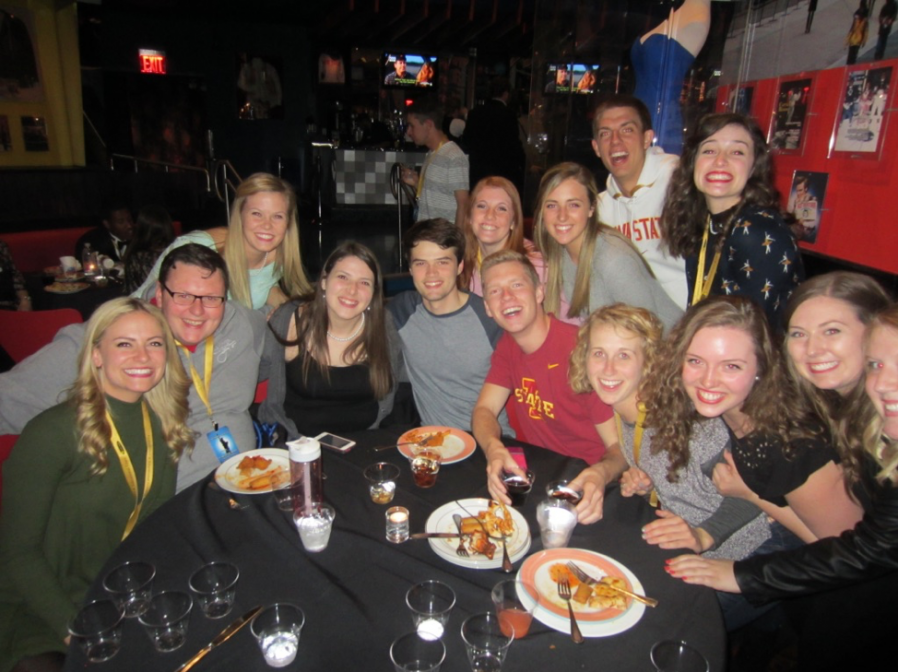 Above: Choir members celebrate after their performance in Carnegie Hall