On the Horizon: Festival of Student-Produced Work 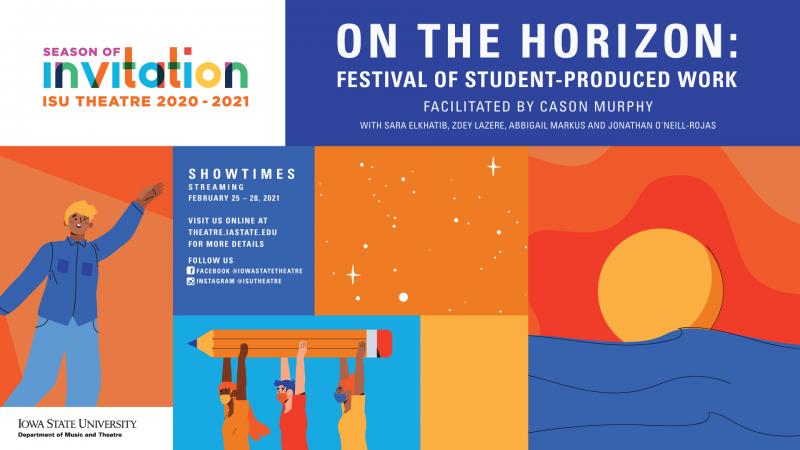 ON THE HORIZON:
FESTIVAL OF STUDENT-PRODUCED WORK

In the spirit of this Season of Invitation, we have invited our students to run the show! This festival of student-produced work will feature a variety of forms and styles of performances created, devised, produced, directed, performed, and designed entirely by ISU students.
NOTE: Several festival selections contain adult language and content. Please see specific content disclaimers below.

ISU Theatre practices Radical Hospitality! All virtual productions are "Pay What you Will".

ISU Theatre Accessibility Statement: "Individuals with disabilities are encouraged to participate in all ISU Theatre events. If you require a reasonable accommodation to do so, please contact ISU Theatre at least one week prior to the event. isutheatre@iastate.edu, 515.294.2624.”

THE SUN AND THE CLOUD, a short animated film
Written, directed, animated, and edited by Mali Bilstad
Original score by Tiffany Waggoner