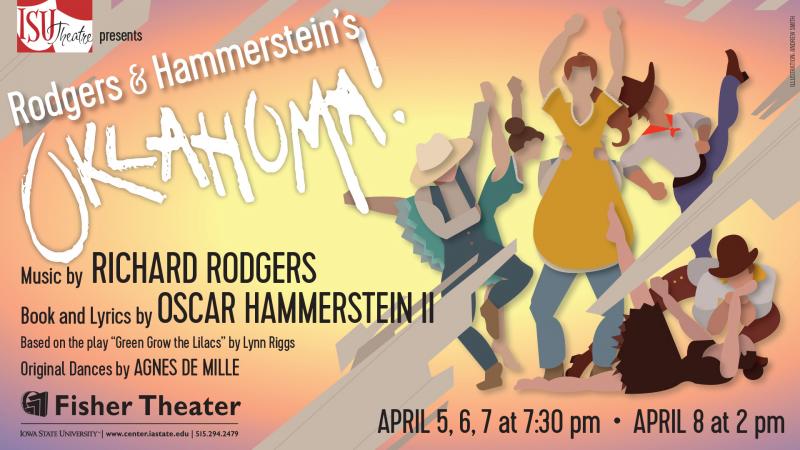 Based on the play "Green Grow the Lilacs" by Lynn Riggs

Produced in Cooperation with the Department of Music

“They say a person needs just three things to be truly happy in this world; someone to love, something to do, and something to hope for.”--Tom Bodett

This landmark musical, the first by Rodgers and Hammerstein, opened in 1943 and was immediately a box office smash; its popularity has not faded. The love story of cowboy Curley and farm girl Laurey was originally described by one New York critic as "a beautiful and delightful show that has, at a rough estimate, practically everything." Since its opening, Oklahoma! has been performed every day somewhere in the world for the past seventy-four years.