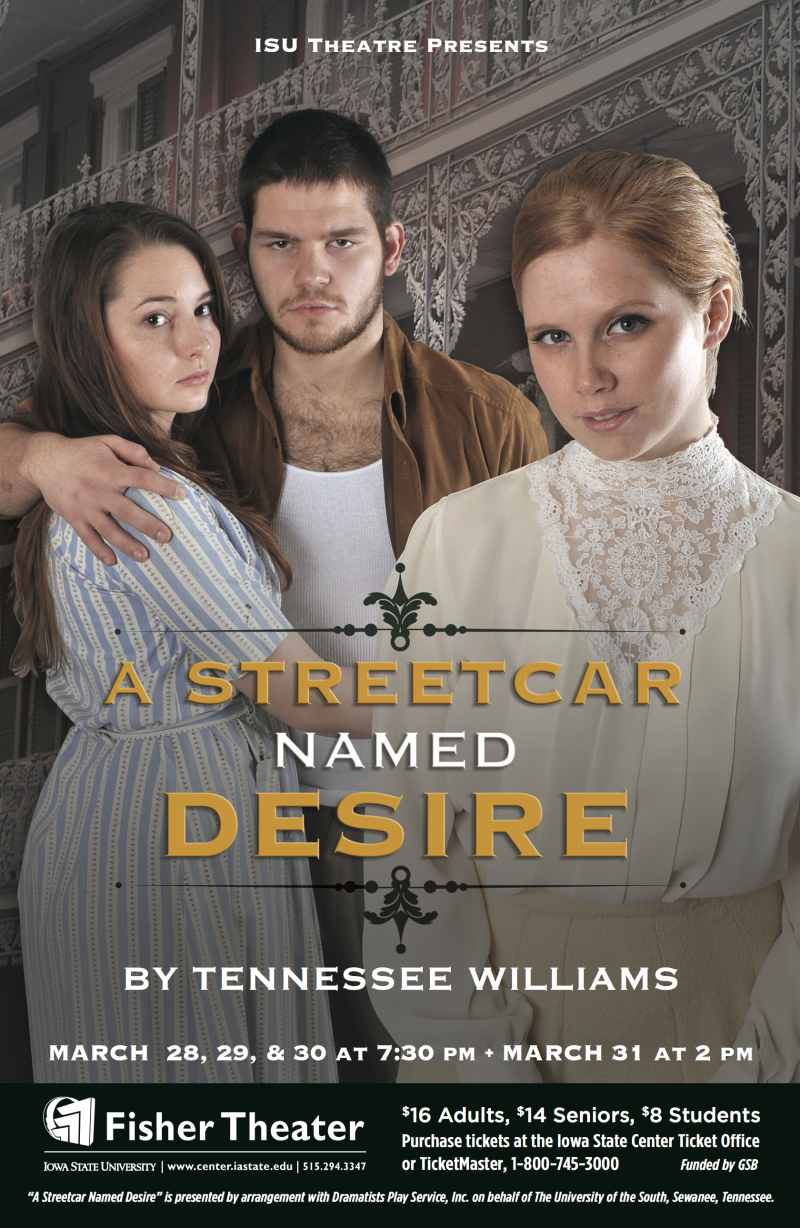 “Oh look, we have created enchantment.”

A Streetcar Named Desire is one of those rare scripts in the American theatre that has the same power and impact as when it first appeared almost 60 years ago.  Blanche DuBois, a woman of refinement who lives in a dream world, visits her sister, Stella, and her brother-in-law, Stanley, in New Orleans.  Stanley is a man of passion and instinct.  The conflict between the two has the potential to destroy one or both of them.

Adults $16, seniors $14, students $8. Tickets are available through the Iowa State Center Ticket Office located in the ground floor of Stephens Auditorium in Ames, any TicketMaster, or at the door before performances.