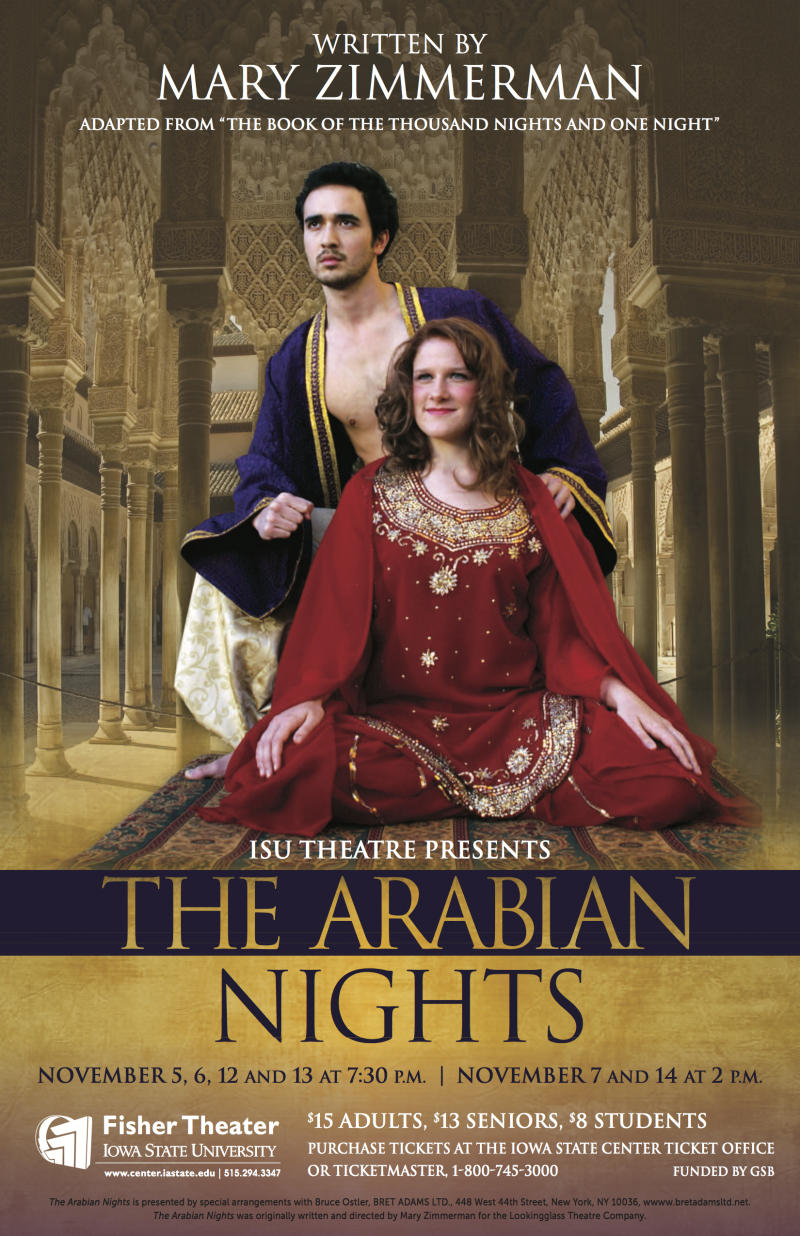 “There dwelt in a city of the cities of China, a man which was a tailor, and he had one son, Aladdin.”

A Persian sultan whose first wife was unfaithful mistrusts all women until his beautiful young bride, Scheherazade, tells him a story on their first night together and begins a second one.  The sultan eagerly awaits the conclusion of the following night.  After 1001 nights of storytelling, he makes her his Queen.  The stories of Scheherazade feature genies, thieves, and kings and raise storytelling to a new level of enchantment. Warning: Adult content.

Single tickets: Adults $15, Seniors $13, Students $8. Tickets available through TicketMaster, the Iowa State Center Ticket Office in Ames, or at the door before the performance.

Watch the video or read about it in Ames 24/7 and Inside Iowa State!