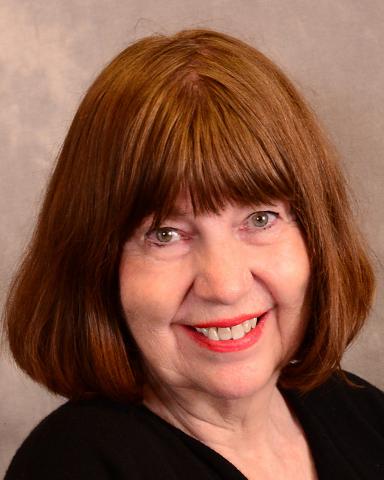 Jane Cox did her undergraduate work at Iowa State University and has now been on the ISU faculty for over twenty years. She is a full Professor and stage director for Iowa State University Theatre. She has been involved with over two hundred-fifty productions as an actress, designer, or director. Her one woman shows have been performed in over twenty states as well as the Kennedy Center, and the Smithsonian.

The first one woman show she performed was The Belle of Amherst which toured Iowa through a grant from the Fisher Foundation. It was also performed in other states and Russia. She wrote The Yellow Rose of Suffrage through funding from a grant from the Liberal Arts and Sciences College at Iowa State. It concerns the life and words of one of Iowa’s women, Carrie Chapman Catt.

Jane has also written Fields of Endless Days which starred Ossie Davis and Ruby Dee; A Woman’s Place, concerning the life of suffragist Lucy Stone; and scripts for musical plays on the lives of Clara Schumann and Johannes Brahms and Nadia Boulanger. Jane’s latest one woman plays are The Promised Land about homesteading in the late 1800′s and The Longing to Understand, the story of Barbara McClintock, winner of the Nobel Prize in medicine.

Her latest project is “Heroes Among Us”, a book dealing with the lives of Iowa men and women in World War II. The script from these interviews opened December 7, 2001 at Fisher Theatre.

Jane also teaches a wide variety of theatre classes to university students, children, and seniors. Jane has been awarded The Faculty Citation, the College of Liberal Arts and Sciences Excellence in Artistic Creativity Award, and a Commendation from Governor Terry E. Branstad.