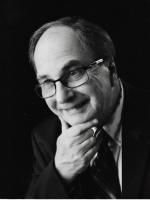 During his years at Iowa State, David's primary performance focus was as a member of the Ames Piano Quartet. The APQ concertized throughout the United States and internationally in Austria, France, Mexico, Taiwan and South Africa. In January 2003 the Quartet spent a week performing and teaching in Havana, Cuba, the first American chamber music group to be invited there in over forty years. They have recorded fifteen critically acclaimed compact discs. Their Dorian CD of the two Dvorák Piano Quartets was named "one of the chamber music recording of the century" by Fanfare magazine.

Also a distinguished pedagogue, Dr. David served a semester as artist–in-residence at National Taiwan Normal University in Taipei, the most prestigious music school in the country.

Dr. David was promoted to the rank of University Professor in 2005. This title recognizes faculty members who have had a significant impact on their departments and the university during their careers at Iowa State.