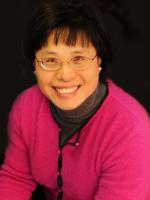 A celebrated artist on carillon and organ, TAM has given recitals in Asia, Australia, Canada, Europe, and the United States. She was a featured carillon recitalist at the Festival International de Carillon en Côte d'Or in France, the International Carillon Festival at Bok Tower Gardens in Florida, and the Congresses of The Guild of Carillonneurs in North America at Princeton University, The University of Michigan, Ball State University, and Grand Valley State University. In 2008, TAM represented The Guild of Carillonneurs in North America to perform at the World Carillon Federation Congress in Groningen, The Netherlands. As an organ soloist, TAM has collaborated with Hong Kong Chinese Orchestra at the Opening Festival of the Hong Kong Cultural Centre. It was followed by a performance at National Concert Hall in Taiwan, R.O.C. She also appeared as a guest soloist with the Central Iowa Symphony, and was a featured artist at organ dedications.

As an active clinician, TAM has given master classes, lectures and education programs extensively. Her invited lectures include bells and bell music in China, music for carillon and orchestra, and organ: the king of instruments. A selection of her carillon arrangements of Scriabin's music was published by Nederlandse Klokkenspel-Verenigin, and her carillon compact disk "The Bells of Iowa State" was released in 2004.