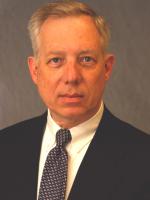 He has more than thirty years of experience in performing arts and facility operations management and has had the opportunity to successfully design, coordinate and supervise over 5,000 different university entertainment and celebratory events at Indiana University, Purdue University, University of Missouri and Iowa State University, The Grand Ole Opry and the Pantages Theatre in Hollywood, California.

On the university stage Mr. Curry has directed and designed the following operas and musicals: Mahahonny Songspiel, The Threepenny Opera, A Game of Chance, Trouble in Tahiti, Kiss Me Kate, Hello Dolly, West Side Story, On The Town, Applause, Dames At Sea, Side By Side By Sondheim. Mr. Curry has stage managed the following operas and musicals: Carmen, The Mother Of Us All, Tosca, Arabella, The Tales of Hoffman, Eugene Onegin, Wozzeck, Sweeney Todd, Lady In the Dark, Bernstein MASS.

Working Philosophy: I believe in creating a positive learning and working environment for students, providing opportunities for "teachable moments" where students may not only learn a particular concept or task, but contribute to the successful operation of a performing arts center. I believe in the philosophy that "if you are not a teacher, then you should be a student." Some of my best teachers have been my students.

Mr. Curry is a member of USITT, ASA and past member of NACA, IAAM, AES and AFTRA/SAG.