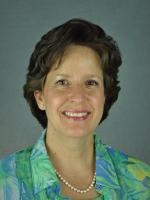 As a cellist with international experience including concertos, recitals and orchestral performances, Julie also holds degrees in cello performance from the San Francisco Conservatory and Indiana University. Among her many and varied performance credentials, she has collaborated with the Munich Philharmonic, has toured Israel, Germany and the Canary Islands with Orchester der Nationen, has been the soloist in Dvorak’s cello concerto in Taejon, South Korea, and has appeared as a recitalist in Mexico City, Berlin, Munich, Passau, Los Angeles and Boston, in addition to her more recent appearances in the cities of Iowa.

Dr. Sturm has held the principal cello chair of the Des Moines Symphony since 1998, during which time she has also held professorships at Drake University, Grinnell College where she has taught cello, chamber music and music theory. Prior to moving her career to Iowa, Julie directed the chamber music and theory programs at The Walnut Hill School for the Arts in Natick, Massachusetts.