Kahn graduated from Iowa State University in 2008 with a bachelor’s degree in architecture and performing arts. After earning a master’s degree in scenic design from Boston University, Kahn moved to Chicago, Illinois, where she has designed more than 100 productions and events.

Kahn’s scenic design highlights include “Hairy Ape and The Mother (Oracle Productions); “The Fly Honey Show” (The Inconvenience); “Machinal” (Greenhouse Theatre); and “The Way She Spoke” (Greenhouse Solo Celebration). Outside of the theatre, she collaborates with companies such as Chicago Athletic Association and The Alinea Group on local installations and events.

As part of 2019’s “Year of Chicago Theatre,” Kahn currently has an art installation located in Millennium Park between Cloud Gate and The Pritzker Pavilion.

In 2018, Kahn received a Black Theatre Alliance Award for Set Design as well as a Jeff Award in Artistic Specialization for her designs for “Southern Gothic” at Windy City Playhouse. 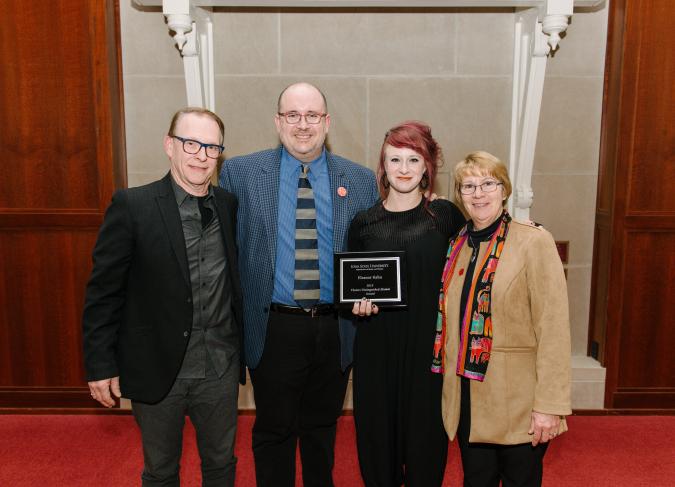