The Iowa State University Cyclone Football ‘Varsity’ Marching Band received the 2018 Impact Award from the Iowa State University Alumni Association (ISUAA) on Friday, October 26.  During the ISUAA’s 2018 Honors and Awards Ceremony, the band was honored for its accomplishments that have brought broad recognition to Iowa State and increased involvement in the life of the university.

Those accomplishments include the band’s immeasurable contributions to the gameday experience at Jack Trice Stadium. ISUCF’V’MB members also serve as respected ambassadors for Iowa State who carry themselves with grace and distinction on and off the field.

According to the Sousa Foundation, the Sudler Trophy is “awarded biannually to a college or university marching band which has demonstrated the highest of musical standards and innovating marching routines and ideas, and which has made important contributions to the advancement of the performance standards of college marching bands over a number of years.”

Along with receiving the prestigious Sudler Trophy, the band also performed at the 2017 AutoZone Liberty Bowl and represented the United States at the 72nd anniversary of D-Day in Normandy, France. During the trip, the band performed at ceremonies in several locations, including the Normandy American Cemetery at Omaha Beach, the Brittany American Cemetery and outside the Eiffel Tower in Paris.

The ISUCF’V’MB sustains a tradition of excellence that includes its celebrated Alumni Band, which performs annually during Homecoming and works behind the scenes to keep marching band alumni engaged through active volunteer leadership and financial support. The Alumni Band enjoyed record attendance at its 2017 reunion, as Cyclones everywhere were inspired to return to campus to celebrate the Sudler Trophy presentation. 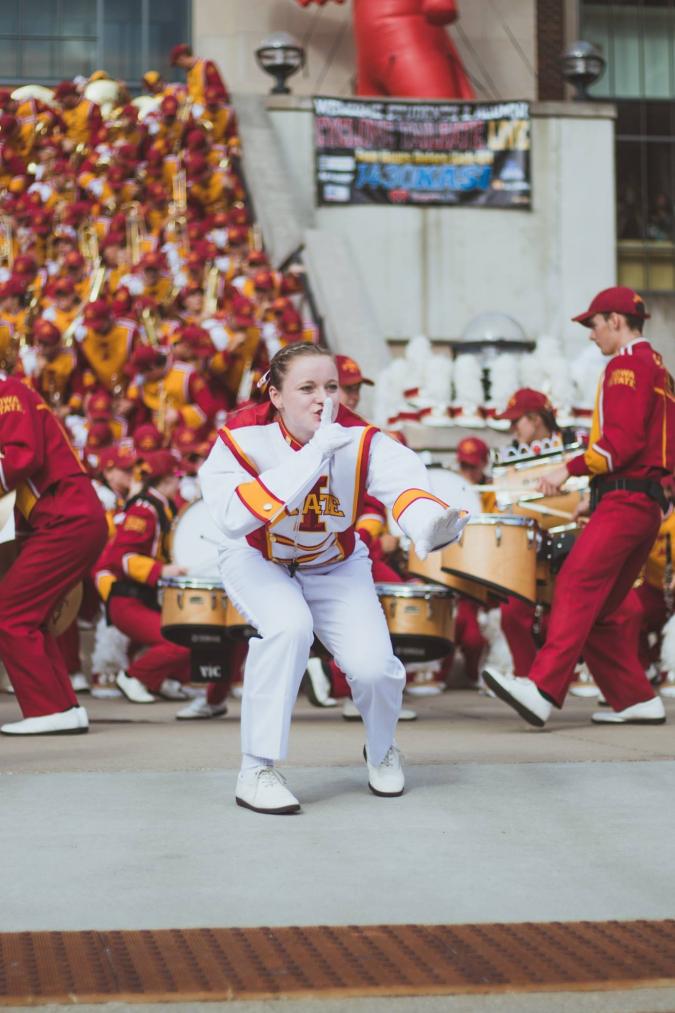