The Carillon Festival is sponsored by the Stanton Memorial Carillon Foundation. 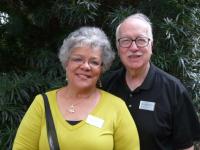 George Gregory has been organist and carillonneur at Central Christian Church in San Antonio, Texas, since 1958. A member of The Guild of Carillonneurs in North America, Mr. Gregory has served many years on the examining committee for the student advancement recitals and also on the Board of Directors for that Guild. He is a past editor of the Guild's Bulletin, a scholarly journal. The Guild of Carillonneurs in North America selected Mr. Gregory as a representative to play a carillon recital at the World Carillon Federation Congress in Løgumkloster, Denmark, in 1982. In 1985,the University of California, Berkeley, awarded him the Berkeley Medal for "Distinguished Service to the Carillon." He has been guest carillon recitalist in two regional conventions of the American Guild of Organists, and in 1988 he played the dedicatory recital of the McLane Carillon at Baylor University in Waco, Texas. In 2005 he played the re-dedication recital of the Baird Memorial Carillon at Texas Tech University in Lubbock, Texas. He has played guest recitals on numerous carillons throughout the United States as well as on carillons in Canada, England, and Denmark. With a bachelor's degree from the University of Tulsa and a Master of Music degree from The University of Texas at Austin, Mr. Gregory was Professor of Music at San Antonio College for 39 years, where he taught organ, 'cello, harp, music theory and Renaissance instruments. Guest organ recitals have been performed by him at St. Paul's Chapel at Columbia University in New York City and at Saint James the Great Church in Radley, England, as well as numerous organ recitals in Texas, Minnesota and Oklahoma. A 'cellist, he was formerly a member of the Tulsa Philharmonic, Austin Symphony, and the San Antonio Symphony Orchestra. During twenty years as the harpsicordist/organist for the San Antonio Symphony, he performed the organ part for the Symphony No. 3 by Camille Saint-Saëns (The Organ Symphony) during two different seasons. He is the director of the San Antonio Early Music Ensemble that presents programs throughout the Southwestern part of the United States using their large collection of early instruments.

Julianne Vanden Wyngaard, a noted concert pianist, joined the music faculty at Grand Valley State University (Michigan) in 1967 and has been principal performer/teacher on the Cook Carillon since its dedication in 1994. Since the dedication of the second carillon for the Grand Valley Campus in Grand Rapids, Michigan, in 2000, Julianne has added the Beckering Family Carillon to her roster of weekly performances. Vanden Wyngaard began her university music study at Eastman School of Music with Armand Basile, pianist, and continued study with him at the University of Wisconsin in Milwaukee. She studied at The Netherlands Carillon School from 1996-2000, successfully completing the requirements for the diploma in carillon performance, literature and arranging. An active member of The Guild of Carillonneurs in North America since 1995, she achieved Carillonneur status with that organization in 1999. She served the GCNA for many years as a member of the examination committee and is now serving on the board of directors and is vice-president. 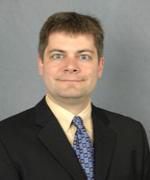 Chad Jacobsen is an in-demand recording engineer technology consultant. He has worked in studios around the world and has helped design studio facilities for Iowa State University, Drake University, SR Audio and many more. His recordings can be found on Centaur and Innova record labels and his work with Simon Estes was featured in the World Cup 2010. A long time member of the Audio Engineering Society (AES), Jacobsen specializes in Apple computers and Pro Tools software in an academic environment. 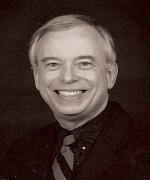 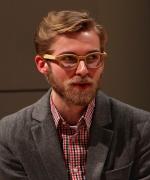 Philip Rice holds a Master of Music with distinction in composition from Westminster College of the Arts in Princeton. In 2015 he was an ASCAP Morton Gould Award finalist, a semifinalist in the American Prize, and is currently pursuing a Doctor of Musical Arts in composition and a Master of Music in theory pedagogy at Michigan State University. His creative focus is on acoustic ecology and musical explorations of space and place. His academic research focus is in rhythmic and spatial constructions as well as postmodern theory. As a performer he sings tenor and has studied piano, organ, carillon, and handbells. 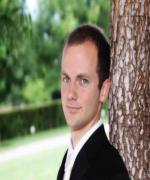 Recently hailed as “inspiring” and “dramatic” (Kurt Knecht, Nebraska Wesleyan University), Kyle Shaw writes eclectic music, which transcends stylistic boundaries. His compositions have been performed in eight of the fifty states, by such ensembles as the Illinois Modern Ensemble, the Lichtenstein String Quartet, and the BYU Wind Symphony, and by such artists as Keith Kirchoff, Tracy Cowden, Geert d'Hollander, Stephen Gosling, Curtis Macomber, Chris Finckel, Matthew Coley and Duo X. In 2015, he was awarded the 17th annual 21st century Piano Commission; he also presented his work at the SEAMUS and the Grawemeyer 30th anniversary conferences, and was selected as a participant in the first annual SPLICE Institute. In 2014, he was selected as a fellow of the University of Nebraska's Chamber Music Institute. In 2013, his wind ensemble piece Sylph won the Vera Hinckley Mayhew music composition contest; his piece Center Panel won the Iowa State carillon composition contest; and his piece Wall Flower was selected for inclusion on the SEAMUS miniatures recording series. He earned a BM at Brigham Young University, studying composition with Michael Hicks, Steven Ricks, Christian Asplund, and Neil Thornock, and organ and carillon with Don Cook. He is currently pursuing his DMA at the University of Illinois, where he has studied with Carlos Carrillo, Stephen Taylor, Heinrich Taube, Reynold Tharp, and electroacoustic music with Scott Wyatt. He and his wife Tess are the parents of two daughters. 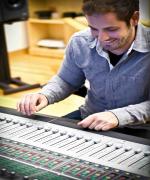 Justin Trieger is a composer, multi-instrumentalist and experienced recording engineer. After formal training in the Music Technology department of the Steinhardt School of Education at New York University, Justin relocated to Miami Beach, FL where he now manages all of the collaborative, internet-based projects of the New World Symphony. Justin also acts as project lead for MUSAIC, the premier online video portal for classical music education. 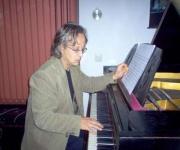 Ad Wammes studied composition with Ton de Leeuw, Theo Loevendie and Klaas de Vries, piano with Edith Lateiner-Grosz and electronic music with Ton Bruynèl. He played keyboards with the symphonic rockgroup Finch. Between 1983 and 1985 he wrote the music for 5 Sesame Street albums. From 1986 to 2002 he realised the music (composing, playing and recording) of 35 serials for TeleacNOT. In recent years he has concentrated more and more on composing "concert music". His piece for organ "Miroir" meant his international breakthrough. It is being played all over the world by such renowned organists as Thomas Trotter, David Sanger and John Scott and has already been recorded 13 times on CD. In 2007 Boosey and Hawkes published a reissue. Commissions from Norway (Aqua Messe) and England (orgelbüchlein project) followed. Compositions for piano were published by Schott and De Haske. In 2012 Boosey & Hawkes published two new works for organ "Toccata Chromatica" and "Ride in a High-Speed Train" followed by "Interludes"in 2014. Schott (Mainz) will publish an album for piano in December 2015, followed by "Riveder le stelle" (a work for mixed choir and organ, commissioned by The Cathedral of Uppsala-Sweden) in March 2016. 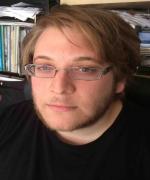 Broad gestures, rich textures, and narrative sweep are hallmarks of the “compelling” (New York Times), “shapely, melody-rich” (Wall Street Journal) music of composer Alex Weiser. Born and raised in New York City, Weiser creates acutely cosmopolitan music combining a keen ear and deeply felt historical perspective with a vibrant forward looking creativity. Running the gamut from dramatic visceral power to thoughtful introspection, Weiser's compositions often employ a colorful tonal language and repetition to create a discourse which is at once rich and abstract, and yet lucid and grounded. An energetic advocate for contemporary classical music and for the work of his peers, Weiser co-founded Kettle Corn New Music, an “engaging” (New York Times) series acclaimed for capturing "all of the prestige" that contemporary classical music has to offer, with "none of the pomp," (Feast of Music) and is currently a director of the MATA Festival, the "the city's leading showcase for vital new music by emerging composers." (The New Yorker) Upcoming projects include new works for HOCKET piano duo, the Soldiers Tale septet, Exceptet, pianist Kathleen Supové, and a major new song cycle for singer and large ensemble for Cantata Profana. Commissions and performances have come from ensembles and musicians including Typical Music (Todd Reynolds, Ashley Bathgate, and Vicky Chow), Lisa Moore, Mellissa Hughes, Sandbox Percussion, JACK Quartet, Guidonian Hand, Momenta Quartet, Argento Ensemble, Cadillac Moon Ensemble, Bearthoven, Fifth House Ensemble, bassoon quintet Dark in the Song, and the New Amsterdam Singers. Weiser has completed residencies at Avaloch Farm Music Institute, Atlantic Center for the Arts, Wildacres, Kimmel Harding Nelson Center for the Arts, and Millay Colony, and his music has been heard at festivals including Bang on a Can, Norfolk, June in Buffalo, the European American Musical Alliance, Imani Winds Chamber Music Festival, and highSCORE. Weiser's music has recently received awards and support from New Music USA, ASCAP, the Lyrica Chamber Music Society, Iowa State University's Carillon Festival, the University of Central Missouri, and the Mid Atlantic Foundation for the Arts. Weiser's musical education began in earnest while attending Stuyvesant High School writing pieces for the symphonic orchestra there, and studying theory and conducting with Joseph Tamosaitis, and composition with Paul Alan Levi. Weiser then continued his studies at Yale University and New York University where teachers and mentors included Michael Gordon, Julia Wolfe, Michael Klingbeil, Kathryn Alexander, Martin Bresnick, David Lang, Ingram Marshall, and Christopher Theofanidis.