A Musical Suite for Carillon and Symphony Orchestra
commissioned by the Stanton Memorial Carillon Foundation in commemoration of the 100th anniversary of the Bells of Iowa State.

Star Bells is a ten-minute musical work for carillon and symphony orchestra composed by Jeffrey Prater, Professor of Music at Iowa State University. Although  Star Bells is performed without pause, it divides into three major sections, each with a different focus, form, and musical character. The three major sections of the work have their own descriptive subtitles- I. "Bells of Contention"; II. "Bells of the Dance"; III. "Bells of Celebration". Despite the differences in style and role among each of the three sections, all share the use of specific musical motives that help to bridge the diversity between the sections and to unify the entire work.

The initial inspiration for the work and its title was visual. One day the composer chanced to observe a festive decoration made of small, flat-faced metal bells (imagine small square cowbells) with five-point star openings cut into each face. Ten bells were strung together with a small twisted wire cable that supplied electric power to a tiny light bulb inside each bell. As Prater looked at and studied the visual affect of this simple decoration (especially how it was hung in several swags, and the play of light and shadow created in the space by the bells), his imagination wandered through a succession of life scenarios. The composer then began to imagine bell-like sounds that seemed closely associated with the imagined scenes. <i>Star Bells</i> is a musical distillation of some of the ideas that came to him while looking at that set of decorative bells.

"Bells of Contention" employs strong punctuated dissonances, rhythmic and metric syncopation, and a modified five-part rondo form, where a refrain-like musical texture is alternated with contrasting materials, textures, and instrumental forces. There is a constant tugging back and forth of musical materials, analogous to the emotions one might experience during a disagreement or quarrel. "Bells of Contention" closes with a codetta employing long descending melodic lines in the strings and woodwinds, ending on a simple E-flat major chord. Perhaps one can hear in these closing sounds a bleeding away of harsh contentiousness and maybe even the possibility of reconciliation.

"Bells of the Dance" is a scherzo-like musical caricature of many typical Baroque dance forms (dance-trio-dance). The dance and its repeat which produce the outer framework for this section features the carillon against a background of pizzicato strings, whereas the lighthearted central trio features playful woodwinds accompanied by orchestra bells and triangle (without the carillon!).

"Bells of Celebration" is composed in a two-part form. Three well known hymn tunes- "St. Anne" (O God Our Help in Ages Past), "Wie schön leuchtet der Morgenstern" (How Brightly Shines the Morning Star), and "Wachet auf, ruft uns die Stimme" (Sleepers Wake) provide the melodic basis for much free variation and melodic mixture in this section. The first part of the finale has a strong and regal character. The second part, emerging directly from the close of the first, is an exuberant jig. Leaving behind the strife which characterizes "Bells of Contention", and the coquetry found in "Bells of the Dance". "Bells of Celebration" begins with power and majesty and then proceeds to dance for joy, staying close to the bright and traditional key of C major throughout.

Star Bells was commissioned by the Stanton Memorial Carillon Foundation at Iowa State University and was completed in September 2002. 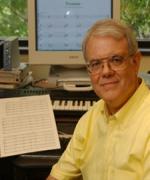 Prater's musical compositions are performed in Iowa, throughout the U.S. and internationally. As both composer and conductor, he participated in two important international music festivals held in the Germany in 1995 and 2000. In 2003 he was nominated by the Koenigsberg Foundation in Duisberg, Germany for the Grawemeyer Prize in Music Composition (one of the most prestigious international competitions for new musical works) for his oratorio Veni Creator Spiritus. In August 2005, the Kaliningrad (Russia) Symphony Orchestra performed an entire concert of his recent orchestral compositions as a part of a summer-long festival commemorating the 750th year since the founding of the city of Koenigsberg/Kaliningrad. In support of this concert, Prater received an F.W. Miller Foundation Grant that helped defray the costs of bringing professional American soloists to Russia for the performance.

Along with his work as a composer, Prater has also taken a strong interest in the pedagogy of music theory (especially in the areas of history of music theory and analysis for performers). He regularly visits and spent one year living and working in the Federal Republic of Germany. He has translated two book-length musicological treatises by living authors from German into English: The Study of Harmony: an historical perspective by Diether de la Motte (W.C. Brown, 1991) and J.S. Bach's The Art of Fugue: the work and its interpretation by renowned German musicologist, Hans Heinrich Eggebrecht (Iowa State University Press, 1993). During Fall Semester 2005, Prater served as a U.S. State Department Fulbright Scholar at Emmanuel Kant Russian State University in Kaliningrad, where he lectured on topics concerning musical culture in the United States. 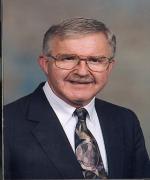 JOHN COURTER has been a Professor of Music and College Organist at Berea College in Berea, Kentucky since 1971. He is also the College Carillonneur, since the college installed a 56-bell carillon in 2000. He teaches organ, piano, carillon, music theory and composition, and two Arts calluses in the General Studies program. In 1995 he was awarded the college's Seabury Award for Excellence in Teaching. He is organist at Union Church (nondenominational) in Berea. A native of Lansing, Michigan, he earned degrees from Michigan State University and the University of Michigan. His carillon studies were with Wendell Westcott at Michigan State University and Todd Fair at the Netherlands Carillon School, where he earned both the Practical Diploma (1988) and the Performing Artist's Diploma (1996).

Courter studied composition in the Netherlands with Jaap Zwart, Jr. His Gregorian Triptych and Evocation won prizes in an international Composers Competition and were published by the Guild of Carillonneurs in North America. Other pieces have been published in Germany and the Netherlands. Recent commissions have included a Suite for the new Paccard carillon at Ball State University in Muncie, Indiana, and Gaudi's Chimneys, a set of three dances for carillon composed in celebration of the 150th anniversary of the birth of Catalonian architect Antoni Gaudi. On Sept. 15, 2001, Courter composed In Memoriam -- September 11, 2001 in tribute to those whose lives were lost in the terrorist attacks in our country. It was made available on the Internet, and has since been played on many of the world's carillons.

John Courter is a Fellow of the American Guild of Organists, and has held chapter and state offices. He is on the Board of Directors of the Guild of Carillonneurs in North America and the World Carillon Federation. He has performed at the Bok Tower Gardens (Florida) Carillon Festival in 1996 and 2001, the World Carillon Federation Congress in Chambery, France and at the Berkeley (Calif.) Festival. In 1993 he was awarded the Berkeley Medal in recognition of his contributions to the carillon art.