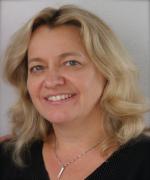 Amy Johansen is the Sydney University Organist and an Honorary Carillonist at the University. Her duties include playing the von Beckerath organ in the Great Hall for over sixty graduation ceremonies annually, as well as overseeing and playing in the organ recital series. As a carillonist, she performs several recitals during the year. She has performed often as organ soloist and accompanist with Australian and foreign ensembles including the Sydney Symphony Orchestra, The Sydney Philharmonia Choir, Sydney Chamber Choir and the Scottish National Orchestra Choir, with her performances broadcast on American Public Radio's Pipedreams, the ABC, and the BBC. Her recordings are available on the Move, Newington and Pro Organo labels. One of these CDs features both the Great Hall organ and the University carillon (played by University Carillonist Jill Forrest), and includes two tracks with the two instruments combined. Amy has performed carillon recitals in Sydney and Canberra, Australia, and in the USA at the International Carillon Festival in Springfield, Illinois, the University of Florida, the Netherlands Carillon at Arlington, Virginia, Philadelphia and Boston. In 2006, Amy became a Carillonneur member of the Guild of Carillonneurs in North America during their conference at Yale Univer

PROGRAM
Ludwig van Beethoven: The Heavens Declare the Creator's Glory
William Croft: Suite No. 13 for Harpsichord
Joseph Haydn: Sonata No. 4 for piano
Richard Wagner: Pilgrims Chorus from "Tannhauser"
A. Rubinstein: Melody
Korean Songs: A Baby Left in a House on the Island, Flowers in a Mountain, Face
Stephen Rush: Sonata for Carillon 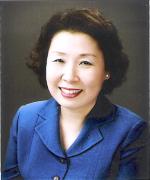 Min-Jin O is Professor of Music at Hyechon University. She received a Bachelor of Music degree in church music and organ from Yonsei University in Seoul, Korea, and Master of Music in organ performance from Mokwon University in Daejeon, Korea. In addition, she received a Bachelor degree from the Utrecht Conservatory at Amersfoort, the Netherlands, majoring in carillon performance, hence became the first Korean carillonneur.
Professor O also completed several organ courses in Japan, Germany, the Netherlands, and Switzerland. Through these organ courses, she studied the historical organs, performance practice, and varied organ repertoire.
As an active organist and carillonneur, Professor O has given various organ recitals including solo recitals, joint recitals, and performances with orchestra, and carillon recitals in Korea and the Netherlands. She also serves as the organist of the Hyechon University Church and the carillonneur of the Hyechon Carillon Tower. 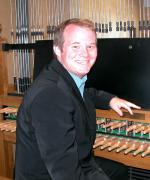 Jeremy Chesman, University Carillonist and Associate Professor of Music at Missouri State University, is a graduate of the University of Michigan, where he was the first person to earn a Master of Music degree in Carillon Performance. His performances have been broadcast in the United States, the Netherlands, and Japan, and he has performed throughout the United States, as well as in the Netherlands, France, Belgium, and Portugal, where he played a recital of American music at the National Palace in Mafra on the European Union's day of mourning for the events of September 11.
Dr. Chesman studied carillon with Margo Halsted and Todd Fair at the University of Michigan. As a fellow of the Belgian American Educational Foundation, he studied carillon with Eddy Mariën and composition with Geert D'Hollander at the Royal Carillon School of Belgium, where he earned a Final Diploma with Distinction.