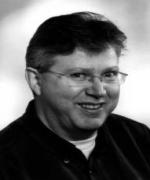 Marcel Siebers holds Master's Degree in piano from the Arnhem Conservatory as well as Practical Diploma and a Performing Artist Diploma from the Netherlands Carillon School in Amersfoort. His teacher was Arie Abbenes. Mr. Siebers has played many carillon recitals in the United States as well as in Europe. He serves as a Municipal Carillonneur in Venlo (St.Martin Church, 53 bells concertpitch), and in Cuijk (City Hall tower, 25 bells in c). He also is the carillonneur of the Millennium Carillon of the Aldegundis Church (43 bells in F) in Emmerich (Germany). Mr. Siebers is an active composer, for carillon as well as for other musical media. Several of his compositions and arrangements for two-octave carillon are published in the "Cuijks Beiaardboek". His "Fantasy on an Old French Chanson" (tant que vivrai) was awarded Second Prize in a composition competition held in 1994 by the French Guild of Carillonneurs and published by the same organisation. His "Prelude con Fughetta" was also awarded second prize in the Johan Franco Composition Competition in 1996. The compositions of Mr. Siebers are written in the so-called "New Dutch" romantic style, reflecting influences of Flemish romantic carillon music, and incorporating a broad harmonic vocabulary. Marcel Siebers is board member of the Dutch Carillon Guild and Director of Music at the Saint Willibrord Church in Mill.

PROGRAM
George Friderick Handel: Carillon
Ronald Barnes: Paraphrase on a Siciliana of Pasquale Ricci
Love on a Summer Evening: Laura, If , Summertime, and Send in the Clowns
Matthias van den Gheyn: Prelude No. 9 in F major
Five Fiddle Tunes for Fidgetty Digits: Down to Georgia, The Lilac Tree, and Spring Saunter
A Medley of Western American Songs: The Streets of Laredo, The Old Chisholm Trail, Home on the Range.
Samuel A. Ward: America the Beautiful 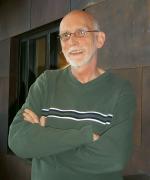 David Johnson has been carillonneur at The House of Hope Presbyterian Church, St. Paul, Minnesota, since 1993. He studied carillon with Margo Halsted at the University of Michigan and has performed carillon recitals throughout the United States. In 1996 he attained Carillonneur status in the Guild of Carillonneurs in North America. He serves as Recording Secretary on the Guild's Board of Directors and is a member of its Bulletin and Barnes Scholarship Committees. He did his undergraduate work at Hamline University in St. Paul, and received his M.A. (History) from Stanford University and his Ph. D. (American Intellectual History) from the University of Kansas. He taught history at Kansas Wesleyan University, the University of Kansas and Pacific Lutheran University; has published two histories of Hamline and in 2000 published A Journey of Hope, commemorating House of Hope's 150th Anniversary. He is Vice President for Programs at the Minnesota Medical Foundation, University of Minnesota. 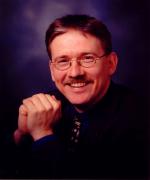 Carlo van Ulft was appointed to the position of Director/Carillonist of the Centralia Carillon in 1997. Mr. van Ulft, 41, is a native of the Netherlands. He holds the European equivalent of a masters degrees in Organ performance, Carillon performance and pop-music. Next to three weekly concerts in Centralia Mr. Van Ulft organizes the annual Centralia Carillon Summer Series and is responsible for further development of the instrument and for the public relations. Before he accepted the position as director/carillonist of the Centralia Carillon he held the position of Municipal Carillonist of four cities in the Netherlands and held the position of church organist of St. Martins Church in Venlo, The Netherlands. Between 1984 and 1997 he also served as faculty member of the world famous Royal Carillon School "Jef Denyn" in Mechelen, Belgium. Mr. Van Ulft appeared as guest recitalist and/or lecturer at all major Carillon Festivals, Carillon Summer Series and congresses around the world. In 1993 he received the medal of honor of the University of California, Berkeley for "Distinguished Service to the Carillon". Next to his duties as director/carillonist of Centralia Mr. Van Ulft also teaches the art of carillon playing at Principia College in Elsah, IL, and serves on the Examination Committee of the GCNA. 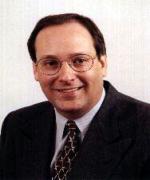 Daniel Kehoe was appointed the first Carillonneur of Trinity College in 1982. His carillon career of over 25 years began in September 1974 while a student at Trinity. He initially studied with carillonneur Raymond Keldermans in his home town of Springfield, Illinois. College summers were spent as a performing tourguide at the Rees Carillon in Springfield, where he has twice returned to perform in the International Carillon Festival. In 1978 he studied briefly with Mr. Piet van den Broek at the Royal Carillon School in Mechelen, Belgium. Since that time Mr. Kehoe has performed extensively on towers throughout New England and the eastern seaboard. He has recorded two albums on the carillon, "Summer Sounds at Seven" and "A Carillon Christmas," and is a Carillonneur member of the Guild of Carillonneurs in North America. Mr. Kehoe is a public speaker and president of Bigfoot Laboratories, Inc., a software company. He is also a lieutenant with his town's volunteer ambulance on which he has served for 21 years. He and his wife Allyson have two daughters, both of whom are learning to play the carillon.