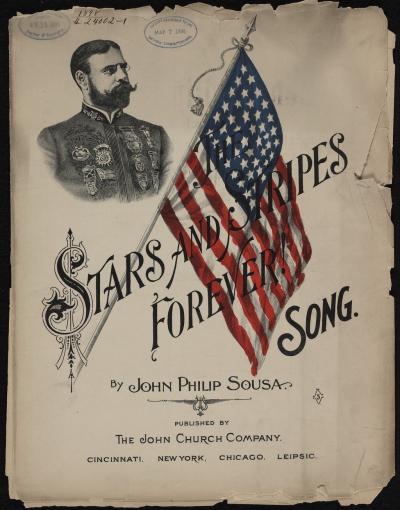 On Wednesday, November 11 at 12:30 pm, members of the Iowa State University Wind Ensemble and Symphonic Band will play “The Stars and Stripes Forever” by John Philip Sousa outside the State Gym.

Golemo added, “The Sousa Band brought quality music to people around the world and did much to elevate the standing of the concert band and music in America.  Of course, people think of John Philip Sousa as a march composer, but he was so much more than that.  In addition to being Veterans’ Day, this Wednesday is really a special day in the history of Iowa State University.  Performing Stars and Stripes Forever, which is the official march of the United States, is a fitting way to recognize Sousa on this centennial anniversary.”

What Iowa composer likely played piccolo at that performance?

And what composition ties him forever to Iowa State University?