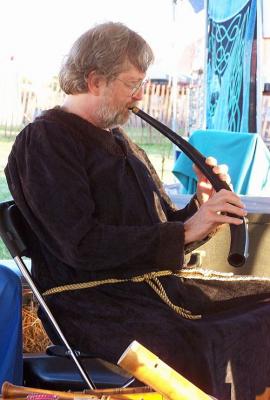 "It seems like the brilliance of a shaft of sunlight appearing in the shadow or in darkness, when one hears it among the voices in cathedrals or in chapels."
-Mersenne, 1636

The most versatile Renaissance wind instrument was the cornett or zink. Between 1500 and 1650 the zink was used indoors and out, in serious music, dance music, town bands, rural households, at church, and court. Its uniqueness is due to its hybrid construction: a very small acorn cup mouthpiece (played on the side of the mouth where the lips are thinner) is attached to a hollowed out piece of curved wood or ivory.  Six finger holes and a thumb hole are drilled in the body of the zink and it is fingered in much the same manner as a recorder. A competent performer can make the zink sound as loud as a trumpet or softly enough to blend with recorders. No other instrument came so close to the sound of the human voice. Roger North even stated that one might mistake it for a choice eunuch. 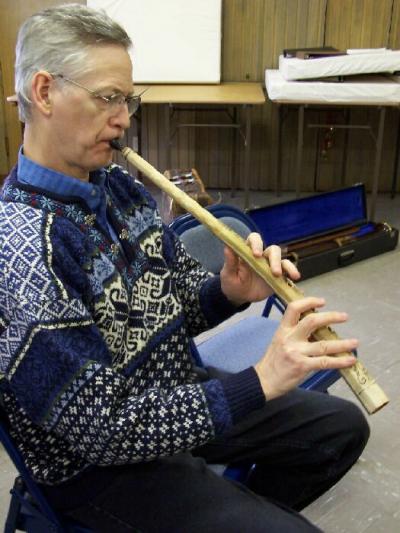 Very little breath is used in playing the zink. Mersenne mentions a French court musician, M. Sourin of Avignon, who could play one hundred measures in one breath!!

According to Benvenuto Cellini, it was his cornett playing that procured him a position with Pope Clement VII who hired him on the spot after hearing Cellini perform the soprano part of some motets on the zink. Although the straight cornett was probably the earliest type of this instrument, later cornetts were curved, possibly to facilitate reaching the finger holes on larger instruments.

The cornetto curvo or krumme zink has a bore made from a curved piece of wood which has been cut in half, hollowed out, and glued back together. The outside is then planed to an octagonal shape and a leather covering is glued around it to seal any weak portion of the wood against the wind pressure built up inside.

The cornett was an instrument of the virtuoso player. In the early Baroque it was in competition withthe violin for instrumental supremacy. The violin, however, won the battle and is still considered on of the most virtuosic of modern instruments. Other competitors which finally drove it to extinction were the baroque trumpet and oboe. 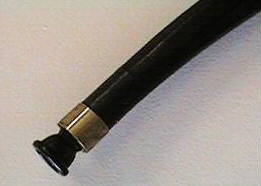 Musica Antiqua's collection of small size zinks includes a soprano zink in c1 by Monk, a soprano in c1 and an alto in a by Moeck, and a nicolo in c by Monk. See the lizard page and the serpent page for information about the larger sizes of the zinc family. 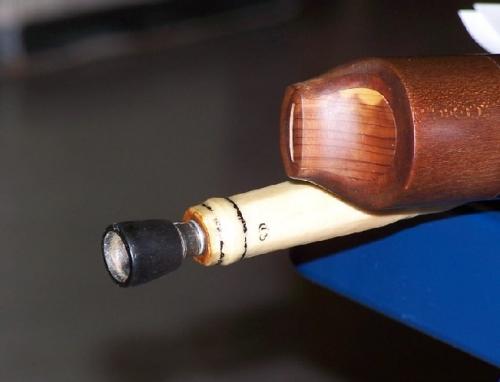