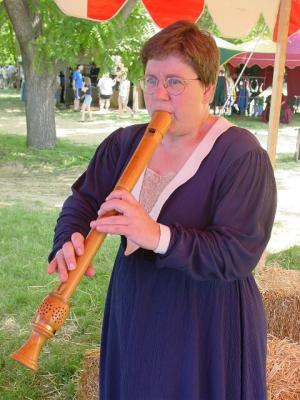 "Govern these ventages
with your fingers and thumb,
give it breath with your mouth,
and it will discourse most eloquent music.
Look you, these are the stops."
-Shakespeare, Hamlet

The principle of the recorder or whistle mouthpiece seems as old as mankind. The instrument's essential features are the lip (cut near the top of the body), the fipple (a block of wood inserted in the end to be blown), and the windway (a narrow channel along the fipple through which air is blown against the edge of the lip to produce sound).

It is difficult to document the recorder's early history due to the inability to positively identify what is and what is not a recorder in medieval art. Perhaps the earliest portrayal is an eleventh-century carving on a stone pillar in the church at Boubon-l'Achambault, St George, France. For more information on the early recorders, see Nicholas Lander's medieval recorder page. 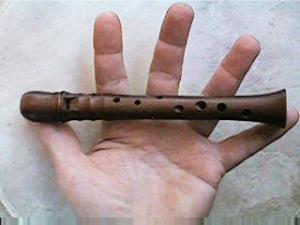 Musica Antiqua has a set of medieval recorders built by John Hanchet according to iconographical sources and drawing upon the construction characteristics of central European folk recorders. They are made of plumwood with a removeable windcap and foot of boxwood. The tone quality is full and richly textured, making them suitable for solo monophonic pieces as well as mixed ensemble typical of medieval polyphony.

Philov by Praetorius
(performed first by lute and crumhorn, then small recorders and gamba)

In the Renaissance the recorder had its own instruction manual: Ganassi's Opera Intitulata Fontegara (Venice, 1535). The author bases much of the recorder technique and tone quality on attempts to imitate the human voice. Fingering charts extending to two and one-half octaves, and complex exercises demonstrating the technique of improvisation allow one to conclude that recorder playing had achieved a high level of accomplishment. Praetorius gives eight different sizes of recorders from the sopranino in f2 to the great bass in c. He prefers the soft, sweet and pleasant harmony of the lower instruments, finding the sound of the smaller ones much too loud and piercing. 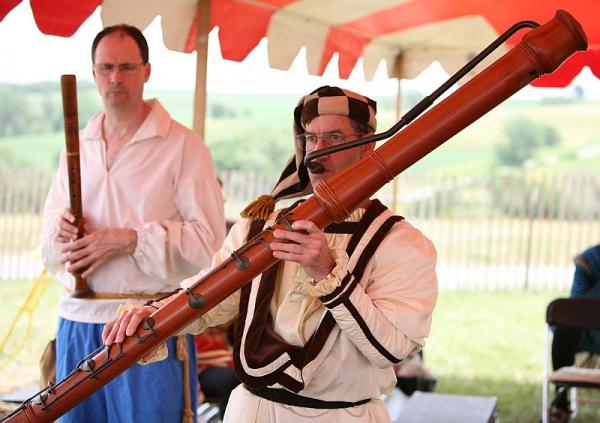 Renaissance recorders differ from Baroque recorders in that they have a larger bore which gives a stronger low register, making them better suited for blend and ensemble playing. Recorders from this period generally have smaller range than the Baroque recorders. 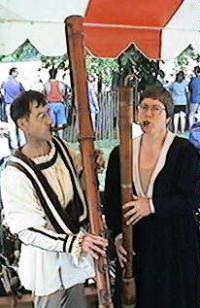 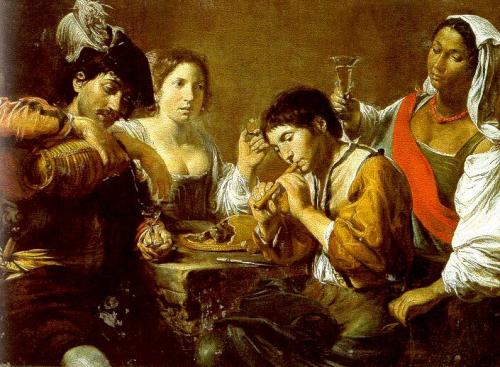 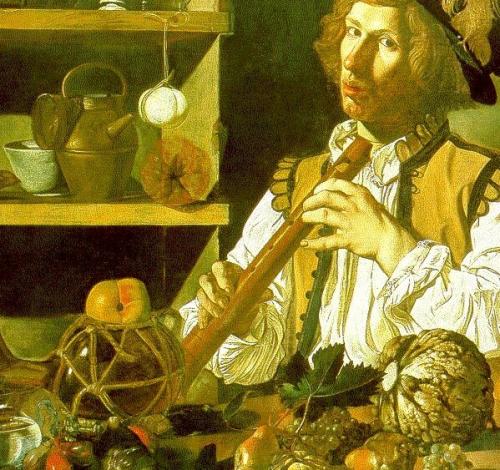 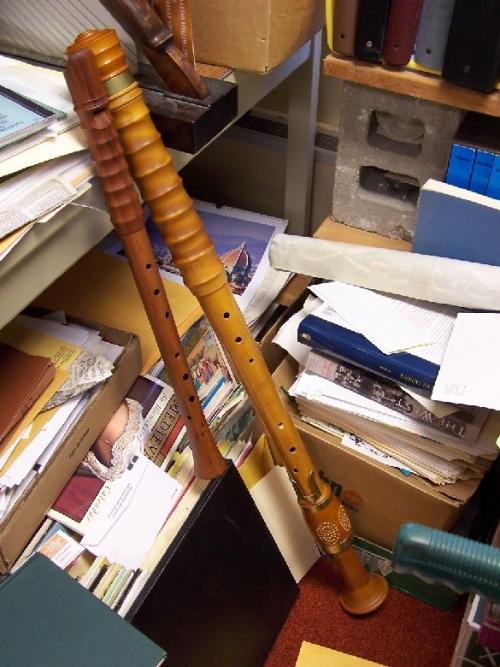