MUSIC OF THE MIDDLE AGES

On Tuesday, the students learned about some of the instruments that pre-dated Bach and Beethoven from Dee Dreeszen and Alan Spohnheimer – two members of the Iowa State University group Musica Antiqua.

Dreeszen, who played along with Spohnheimer for the students, is a handbell ringer, directs five choirs at her church and also plays the pipe organ.  “This is a group we started with in 1967 when we were both in college,” Dreeszen said. “It was a new class we were starting. We both had recorders and we thought, ‘Why not?’”

The two musicians introduced the students to several different types of instruments, including the crumhorn, rauschpfeife, gemshorn, and the recorder.

“This is a Renaissance style recorder,” Dreeszen said, holding the instrument next to a recorder the students have used. “The ones you’re playing probably have a little more definition to the shape, and those might be called a Baroque recorder. The difference between the classes of Renaissance and Baroque is in the use that they have for them. You’ll notice in these two, the bore, or the hole that goes down the center, is much larger in the Renaissance than it is in the Baroque.”

The two played several songs with the replica antique instruments for the students, including “Green Sleeves” and “Ring Around the Rosie.” 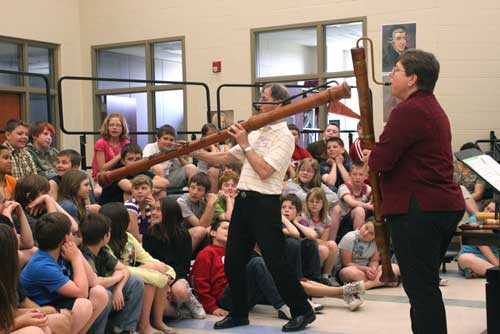 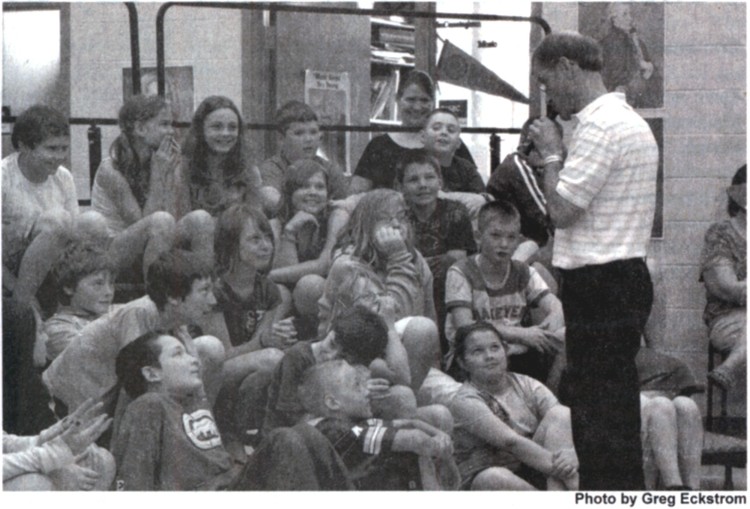 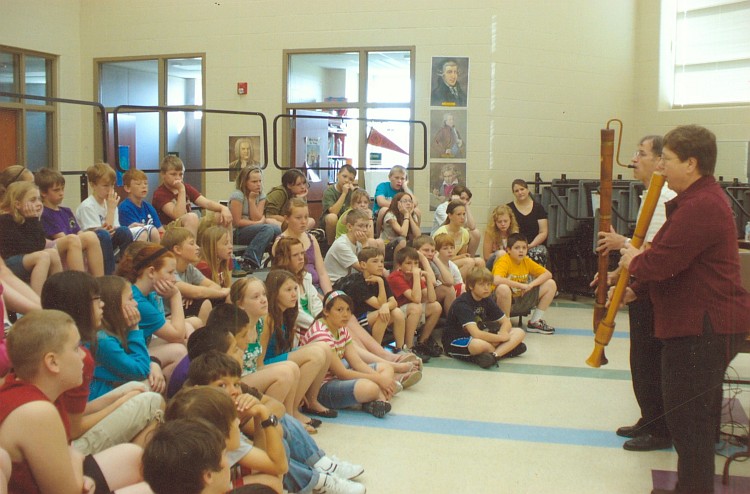