Taken from an article by Carole Horowitz
in The Tribune, January 31, 1998 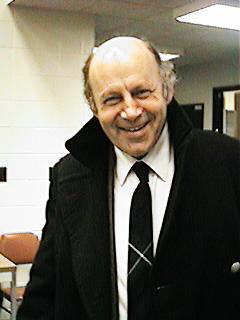 John Purser's accomplishments are impressive. His bio reads, John Purser, Scottish musicologist, composer, conductor, playwright, producer, broadcaster and Scotland's foremost music historian. He sounds like an all around Renaissance man. I met with him and I believe he is.

Students, faculty and the community have had the benefit of hearing him lecture and perform. His visit is part of the exchange program ISU has with the University of Glasgow. In 1993, music professor Carl Bleyle went on faculty leave to Scotland. The two musicologists met and arrangements were made for John to come to Ames.

John takes pride in his native country. Beautiful music comes from Scotland. It's an older country, older than France or Germany.

You know, he said, Scotland was never overrun by the Romans, not like England was. He explained that music played a role in Scotland's survival. In war, Scottish music is prevalent -- soldiers would not go to war without the piper. I remembered the Mel Gibson Academy Award-winning film Braveheart and the importance the sound of the bagpipes was to the warriors. John laughed, I was the consultant on that movie -- they wouldn't take my advice -- they used the wrong pipes! It's disgraceful; I can't bear to see the film.

Carl is not surprised by the positive attention John's residence is receiving. He said, John communicates Scottish culture with energy and enthusiasm that is unique in the academic world. 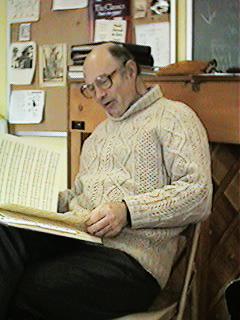 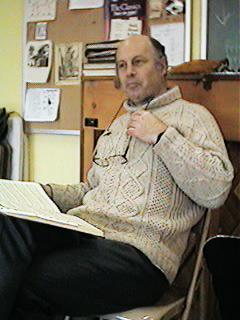 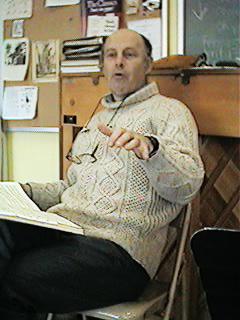 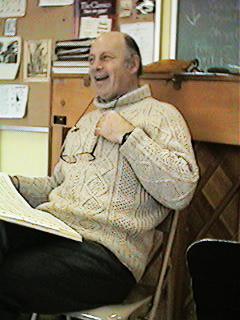