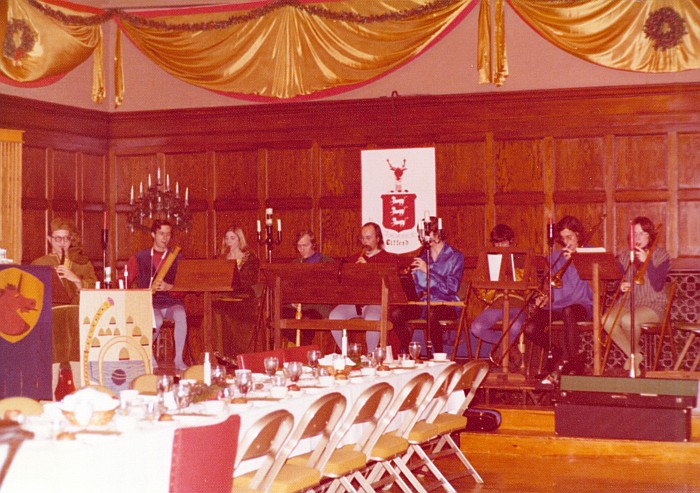 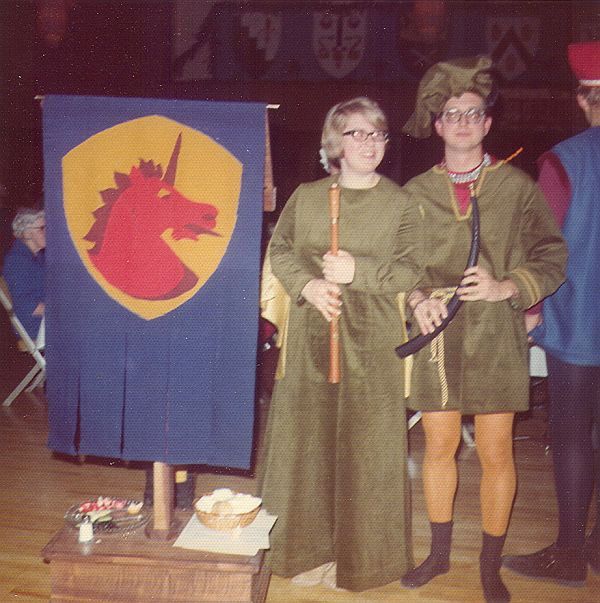 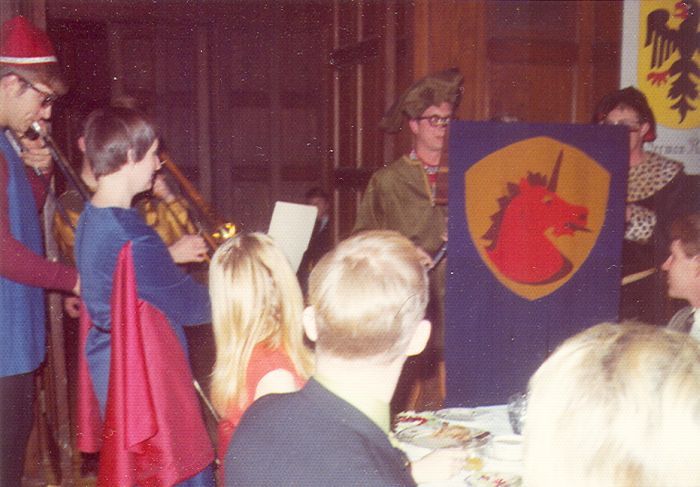 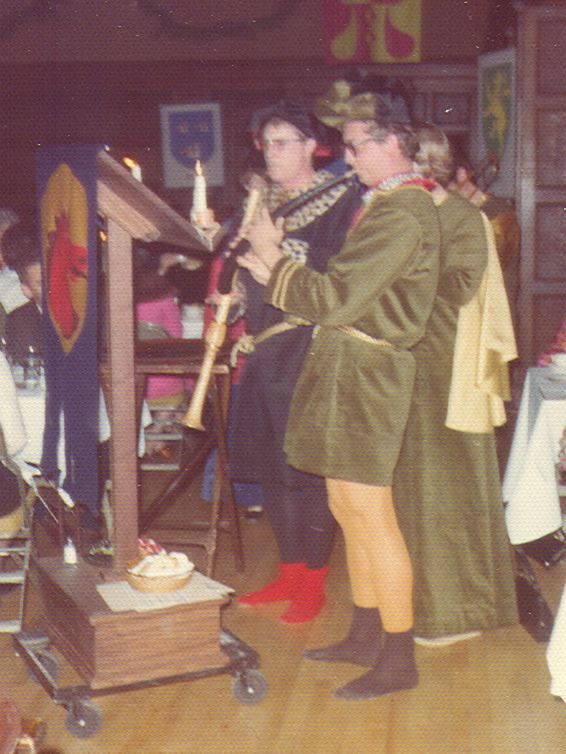 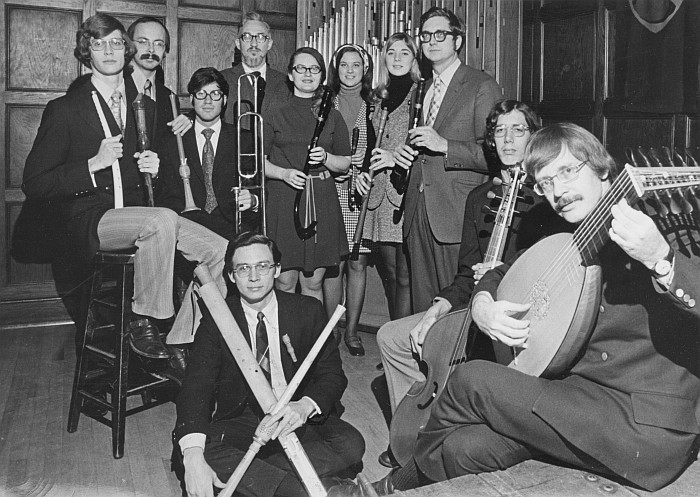 The three-stop positif organ visible in background was built by Fritz Noack in 1965.  It has the honor of being the first mechanical-action organ, antique or modern, at Iowa State University. It has foundation stops at 8', 4' and 2'.  Noack's opus 33 was one of two identical positifs built at the same time, the other now residing in the Unitarian Church in Andover, Massachusetts.  The positif has been used on stage by the Iowa State Singers, Musica Antiqua, and by guest artists such as Karel Paukert.