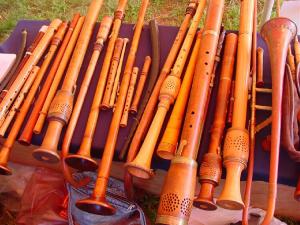 There are few professional touring ensembles specializing in the performance of music and dance of the Middle Ages and Renaissance. None play such a variety of music with as many different instruments as does Musica Antiqua. The ensemble has received Touring Grants from the Iowa Arts Council every year since 1971. No other musical group in Iowa has received comparable support for this length of time. 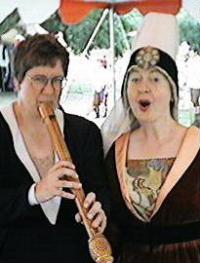 Iowa's longest performing early music ensemble was first envisioned in a conversation held in the house of (then) University President Robert Parks. Since the summer of 1967, when an advertisement in the Iowa State Daily asking for willing participants was answered by several amateur musicians, the ensemble has matured into a stable, well rehearsed group which can, if necessary, perform for hours without looking at a piece of music. Beginning with four recorders and a krumhorn, the huge instrument collection is now valued high in the six figure range. Musica Antiqua has performed on over 450 occasions in over eighty communities in nine midwestern states for a variety of audiences ranging from Farm Bureau members to reformation scholars, from elementary school pupils to organizations of professional musicians. The ensemble has never missed a concert of any kind for any reason, even landing their plane in six inches of snow in Monticello and driving in 27 degree below zero weather to Mason City.  With the most recent addition to the core ensemble coming 31 years ago, the stability of the group is amazing. 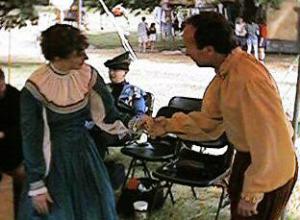 The ensemble consists of instrumentalists, vocalists, and dancers. The core group of four members expands to a large ensemble for many occasions. All of Musica Antiqua's members are, or have been, teachers. After performances the audience is encouraged to come onto the stage to ask questions, examine instruments more closely, and even to play some. Each concert is placed in its historical, sociological, and cultural settings. Compositions programed range from sophisticated florid solo songs to bawdy Jacobean ballads. Instruments demonstrated range from the gentle lute or gemshorn to the raucous bladder pipe or tenor schawm.

In addition to producing a recording (vinyl) and two tapes of early music plus a CD of Antiqua favorites, Musica Antiqua has recorded forty Middle Ages and Renaissance compositions on CD to accompany K. Marie Stolba's music history text, The Development of Western Music(W. C. Brown, 1990). Sony/CBS Records has processed and distributed these recordings.

Category:
About
Tags:
about