Adam McDonald received the Distinguished Alumni Award from Iowa State University’s Department of Music and Theatre at an honors and awards ceremony on Oct. 24 in Ames, Iowa.

A native of Saint Paul, Minnesota, McDonald graduated from Iowa State University in 2005 with a bachelor’s degree in piano performance. After graduating from The Boston Conservatory with a master’s degree in classical piano, he moved to New York City where his work as an audition pianist, class accompanist and vocal coach helped clients land jobs on Broadway and national tours.

For the last eight years, McDonald has been on the road with “Wicked,” serving as music director of the national tour. A firm believer in music’s role in healing and human experience, he organizes outreach trips to connect the show’s cast with local nursing homes. McDonald has also music directed, participated in or arranged music for eight events raising $275,000 to benefit Broadway Cares/Equity Fights AIDS. 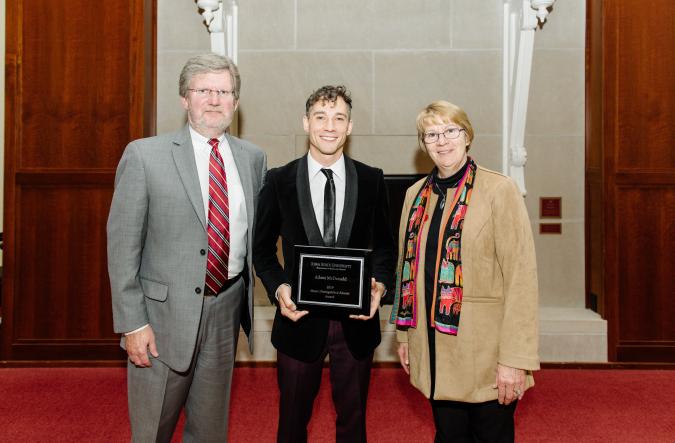